Home to the highest sand dunes in the world and the deepest canyon in all of Africa, Namibia is packed with action for the adventurous. Explore one of Africa’s richest rock art sites, watch wildlife shimmer against one of the most spectacular pans on earth and scout the oldest, and driest desert in the world. 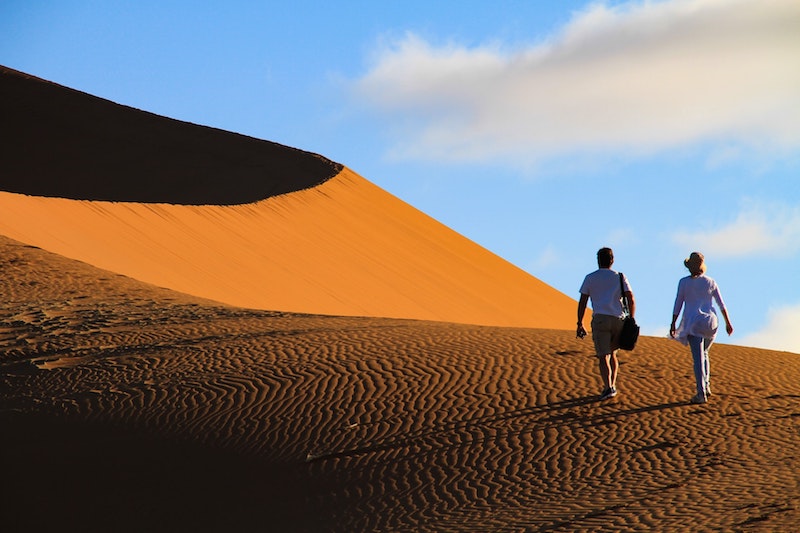 From the magical red dunes of Sossusvlei to the alluring Skeleton Coast, Namibia is incomparable to any other landscape around the world. Grab your cameras and snap shots of the stunning contrast between the deep blue sky and the clay-red desert sands in Sossusvlei. Then, explore the enthralling Skeleton Coast, which gets its name from the animal bones scattered throughout the sands as well as the countless shipwrecks within the vicinity. The coast is also home to many species of desert-adapted wildlife such as the gemsbok, giraffe, elephant, and the occasional desert lion.

Stay in a luxury safari lodge and go game-viewing in the Northern Caprivi Strips and Etosha National Park or spot feral horses and quiver trees of Namibia’s more remote areas. Often considered one of the top private game reserves in the region, the Ongava Game Reserve offers the perfect combination of nature and wildlife safari experiences within the Etosha National Park. Visit the Etosha Pan, the largest salt pan in Africa and the breeding grounds for thousands of pink flamingos. Etosha National Park also offers the unique experience of floodlit waterholes for the best night wildlife viewing — if you’re lucky, you might spot the elusive leopard stalking about!

Living in the north of Namibia, the Himba people are a semi-nomadic tribe of people who move within the year depending on rainfall and access to water. What makes the Himba tribe unique is their tradition of rubbing red ochre, a creamy pigment, onto their skin to help protect them from the harmful sun rays. Discover more about their way of life and the region’s wildlife by hopping on a boat along the Kunune River. Afterwards, check out some of the finest Himba handmade jewellery — made from natural resources such as iron and ostrich shells. 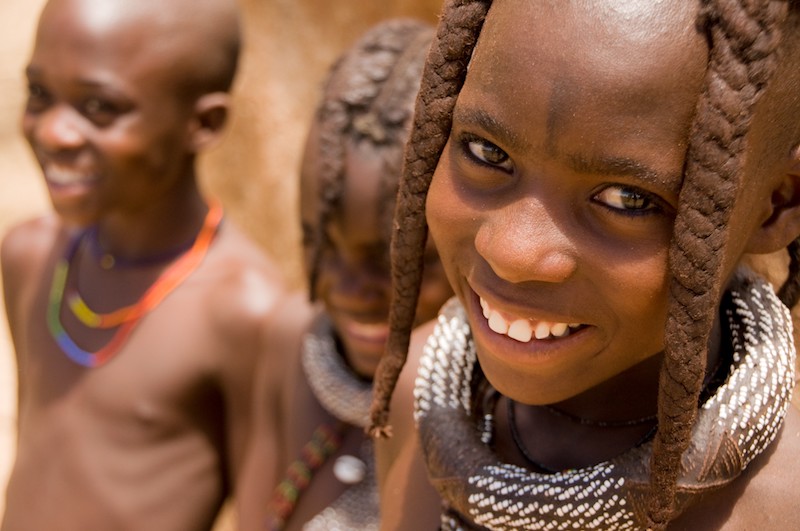 The children of the Himba tribe

Namibia’s capital Windhoek is the largest city in the country. Take a relaxing stroll through the National Botanic Garden: unlike other botanical gardens, it has not been intentionally landscaped or implanted with exotic flora. Rather, it has been left to its natural state in order to display Namibia’s indigenous nature. The garden is also home to native species like the rock hyrax and the dassie, so make sure to keep an eye out for them. Head west to the coastal town of Swakopmund, which rests between the Namib Desert and the Atlantic Ocean. Its German colonial history can be seen in its architecture, like the pastel Woermannhaus, which has been transformed into a public library. Go sandboarding or quad-biking in the nearby dunes, dine at sunset by the sea, or catch a glimpse of the native birds that flock over the coast.