With a warm summer climate all year round, Singapore has been a popular tropical island getaway amongst tourists worldwide. As a melting pot of intersecting cultures, the roaring Lion City continues to surprise with its delightful gourmet treats, adorable otters and world-renowned architecture. 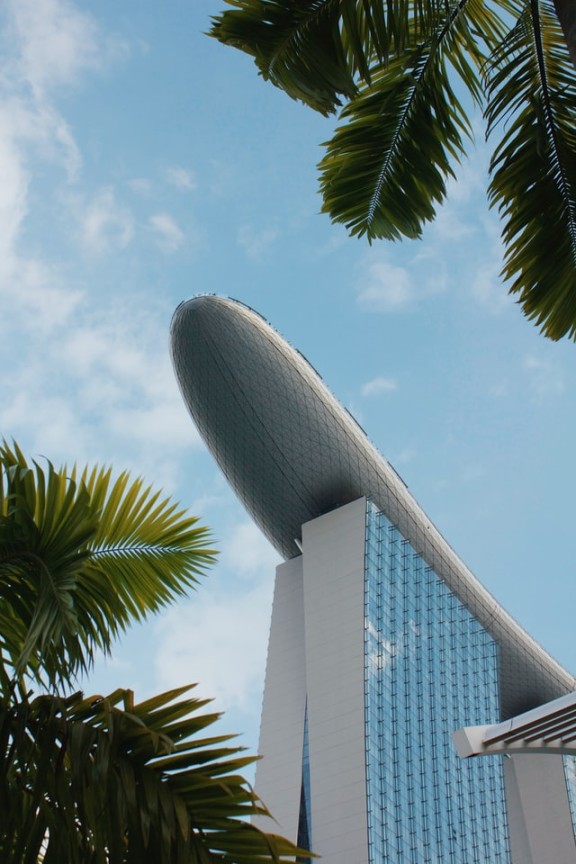 You might recognise Singapore’s iconic “ship in the sky” atop Marina Bay Sands, the giant Supertrees at Gardens by the Bay and the 165 metres-tall Singapore Flyer in Hollywood film, Crazy Rich Asians.

Hop into the Flyer’s clear glass capsule for a unique dining experience with your loved ones or clink champagne glasses in a premium private capsule as you admire the stunning skyline.

For amazing aerial views of the coast, take a cable car to Sentosa – an island jam-packed with thrills and spills for the family. At the reputed “State of Fun”, you can even try out indoor skydiving at iFly Singapore, one of the most thrilling sports in the world.

Adults and children alike can learn more about marine life at the S.E.A. Aquarium. Watch elegant rays and majestic sharks glide by while you enjoy modern seafood creations at the region’s first underwater aquarium Ocean Restaurant.

Venture up north for the world-famous Singapore Zoo, nestled in the heart of Mandai. Let your driver cruise you around the animal enclosures in your own private buggy. Better yet, take the Wild Discovery Tour for an up-close-and-personal encounter with giraffes and giant tortoises!

Explore the gardens in the city with specially-curated nature walks across Singapore. Ascend the tallest peak, Bukit Timah Hill, in the midst of a large primary rainforest brimming with indigenous flora and fauna. Look out for the black Greater racket-tailed drongo and its beautiful twin tails as it flits between branches. If you’re extremely lucky, you might be able to glimpse the critically-endangered Singapore freshwater crab in the running streams of the forest. Uncover more of Singapore’s rich biodiversity as you stroll through the Sungei Buloh Wetland Reserve where mudskippers hop through mangrove swamps and the silent estuarine crocodiles linger in the rivers. Take a boat and set off for a guided nature walk around Pulau Ubin, where National Park volunteers tell you more about the country’s conservation efforts and the protected seagrass of Chek Jawa.

Explore Singapore’s unique multicultural heritage. Begin at Kampong Glam, the oldest urban quarter in the country. Learn about the history of the grand Sultan Mosque, which was built in 1824, and declared a preserved historical building 150 years later. Then, immerse yourself in the vibrancy of Little India, where a racecourse, cattle trading and brick kilns once stood. Embark on a heritage trail to the colourful House of Tan Teng Niah, the last Chinese villa in Little India and navigate through the history of the Indian and South Asian communities in the Indian Heritage Centre. Finally, roam the bustling Chinatown. Travel back in time as you step across the threshold of the NUS Baba House, the ancestral home of a Peranakan Chinese family. With a friendly local guide by your side, unearth the Hokkien legacy of Chinatown’s architectural masterpiece, Thian Hock Keng Temple, before heading over to the country’s oldest Hindu temple, Sri Mariamman Temple. Dating back to 1827, this national monument was established by pioneer Naraina Pillai, together with immigrants hailing from South India. 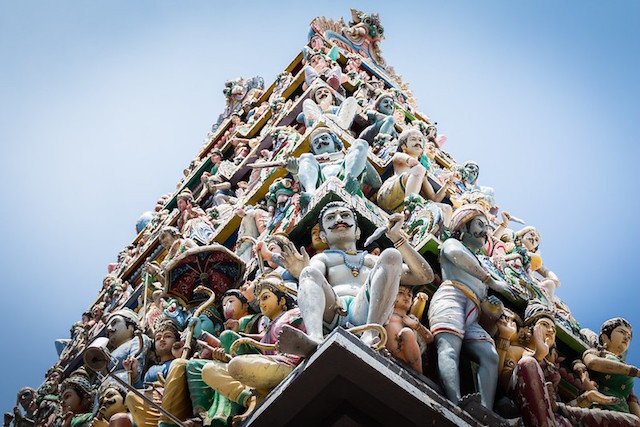 The king of fruits – durian

Singapore’s soya sauce chicken noodles made waves around the world when it achieved a Michelin star back in 2016. Not only is it recognised as “The World’s First Michelin-Starred Hawker Meal”, it is also the cheapest Michelin-starred meal in the world. For an authentic taste of the local culinary scene, indulge on a Peranakan Afternoon Tea, which puts a modern twist on Peranakan favourites such as ondeh ondeh (rice cake balls filled with palm sugar and coated in grated coconut). Feast on Singapore’s own speciality, the internationally-acclaimed chilli crab. It was first invented in the 1950s, when a pushcart hawker added bottled chilli sauce instead of the usual tomato sauce to her stir-fried crabs. An instant hit among the locals and tourists alike, it has spawned many delicious variations, like the black pepper crab and the salted egg yolk crab. Last but not least, don’t forget to taste the “King of Fruits”: crack open the hard thorny shell of this regional fruit and try its creamy custard-like flesh!

Jumpstart your luxury Singapore vacation with Uniq Luxe’s insightful expertise. Let us plan your desired holiday with a simple click of the button!

Check out the other Asian destinations we have in store.